2191. We growns have got to be sincere with our children, haven't got we? 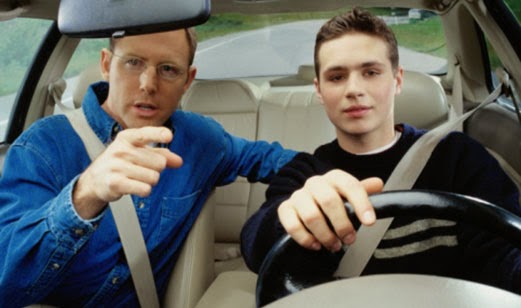 We must say what we think, and think what we say.

Teens like authenticity, sincerity, honesty, saying things as they are. This is not against their like and necessity of a very interior world.

When we’re parents of teens should know all this. We can be honest and sincere with them about our things as parents, which doesn’t mean we’ve got to tell them all our worries and concerns.

Once a father and a son of some 13 years were just strolling.

The father knew his son should know and learn some things about human sexuality. So he was speaking, according to the kid’s age. This latter one looked as though he would be thinking about all this. After some mile, the dad asked, “Well, do you want to ask me any question?” And the kid said, “Yes, dad, are we going this Sunday to see the basketball game?” / Photo from: teen-driver-solo blog allstate com
adolescents affection family