1927. Trying to be appreciated by people 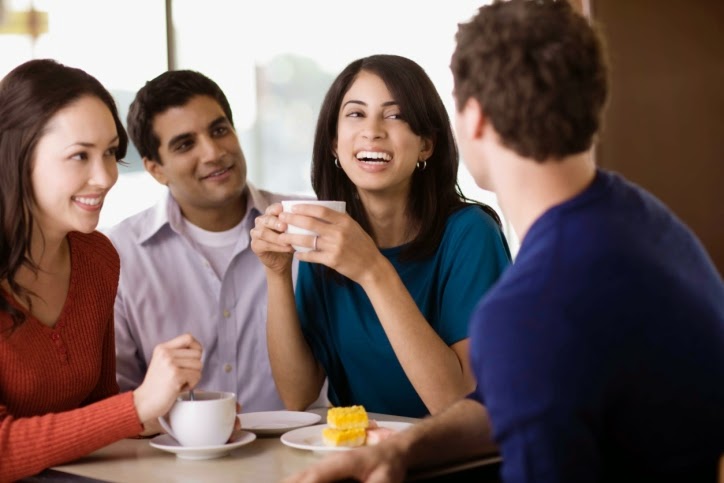 Pragmatics. This area of knowledge and performance teaches us for example that the same expression or an equivalent one can mean diverse things.

For example in Spanish I can say “¡Dios mío!” and means to turn to God for help.

However in English it is better not to say that expression, inasmuch as I know, and some people say “Oh, my!” and that’s it. A professor who works in London told me about this.

There’re other similar expressions in Spanish and English.

For instance, in Spanish it’s a bad and wrong word to refer to the Eucharist (God hidden in something that looks like bread, after the priest’s formula in the Holy Mass), by using a synonym of Eucharist, “Hostia”. / Photo from: group people talking in cafe. www handsonsuperhealth com au
philology of English pragmatics speaking