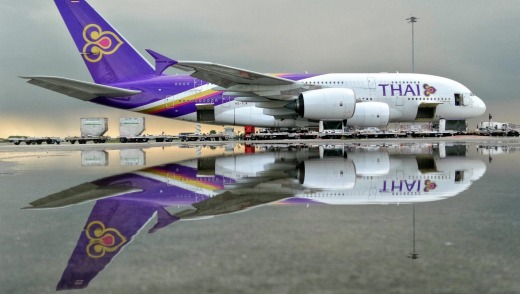 When I had to correct and reprimand some student from the summer course I’ve recently attended I used to appeal to his sense of responsibility. And it worked, it did.

I have to say that I had some friendship with those students or at least I treated them in a nice way. I put them to their sense of responsibility, and it worked.

At the end of the brief conversations with them we reached the resolution that they would do their best. It took me a bit tired and hot, so I had not much like at scolding them, so I made them think on their own, about what their best behavior should be.

Altogether those kids tried to do their best, but they’re cunning and they – some of them – put their teacher to the test in some way. At the end of that summer camp both the teachers and the students were content, satisfied and happy: they’re good kids and the teachers were nice guys, brilliant professionals. / Photo from: Airbus A380 Traveller com au. Teachers have to conduct in a very professional way, as for example pilots do.
discipline freedom and responsibility management of the class vacation courses