723. They learn their language from Mom 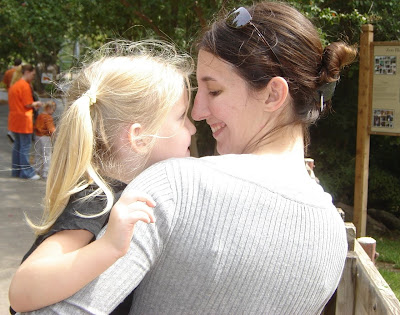 English for them is another ‘something’ that they naturally utilize in the class of English, to listen to what their teacher’s telling them.

I guess this conducting is an unconscious learning a language, more or less similar to when they learned Spanish from mom and dad. They don’t wonder why their teacher is speaking in another language – they don’t understand the notion of ‘language’.

Their teacher is a person that always speaks in that way – in English.

I try to say no word in Spanish. They kind of relate me to that peculiar way of saying things, and naming objects. They don’t care about the ‘language’ that’s being used as a vehicle. I pretend I know no Spanish at all. They get used to listening, and from time to time they are able to answer in English, as something ordinary.

I’ve got to be patient and play the ‘actor’ to hold this momentum.

One brief example: adding and substracting numbers. They already know the numbers till 30 so far, anyway! Yesterday I was playing with a small group at some basic math operations they had never played. I taught them the symbols ‘+’ and ‘-’, with examples and so, and then had them mentally make more and more challenging math ops.”

[I’ve got to say I’ve summarized this process in the class, but the general scheme is not less than that]. / Photo from: autmont com. mom and daughter