1668. Acquiring English since they're babies 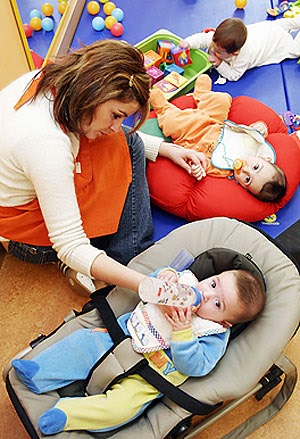 There are more and more bilingual schools.

A teacher talks to them in Spanish, and another teacher does in English. And both are ways to communicate – to communicate with affection, which is the reason why we often communicate with other people, according to scholar Miguel-Ángel Martí. / Photo from: profesora con niños pequeños. magami blogs uv es
babies immersion speaking